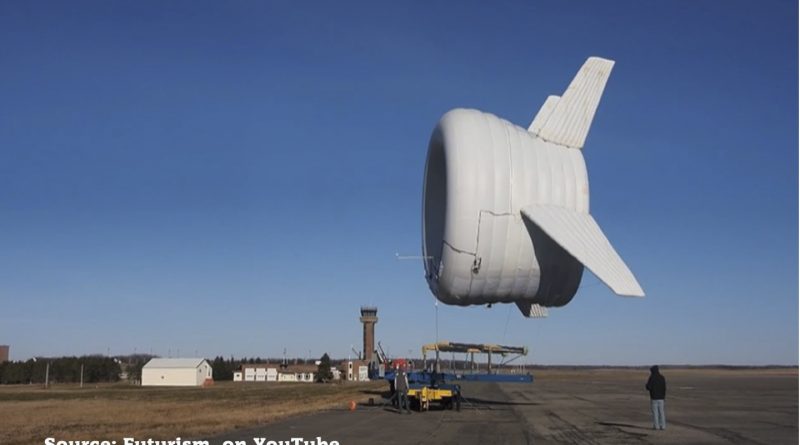 I read a number of different publications every day. I’ve mentioned Evergreen Gavekal, Crescat Capital, and John Authers before. Matt Levine is a colleague of John’s, at Bloomberg, and earlier this week he wrote something I really liked.

On first principles it is not that surprising that the price of oil would be negative. I mean, look at it. It’s a viscous liquid. It smells bad. It is toxic. If you kept it in your garage, you might get sick, or you might get in trouble for storing pollutants improperly, or your garage might explode. If I walked up to you on the street and tried to give you a barrel of oil, you would naturally charge me for taking it off my hands. It is an all-around unpleasant substance.But you can refine it into products that produce energy. So, humanity got over the problems with oil long ago and, despite its unpleasantness, it has spent a century as the literal fuel of the world economy.

But its monopoly is ending.

On Tuesday, I spent an hour or so chatting to Sam Volkering, our resident tech expert who made something crazy like 130% in four days on one stock during the first days of the rebound from the corona-crash. The topic was the technology driving the energy transition.

You can sign up (for free I should add) to be sent it by email, here.   Speaking to Sam is always enjoyable (despite his incurable Australian-ness), but often inspiring too. I love his relentless enthusiasm and optimism. It reminds me that technology will always surprise on the upside. From crisis, opportunity, and so it seems at the moment, as all manner of amazing solutions are coming out of this crisis.

So, off the back of that conversation, I’d like to look a little deeper into some of the key technologies driving the energy transition that we’ve been talking about so much.

I’ll do a couple of main ones – solar panels and fuel cells – and then maybe a real moonshot, wind turbine kites.

Kick off by imagining a rainbow. You know how it works, right? I’m no particular expert but roughly light isn’t a uniform entity, it has different wavelengths that travel at different speeds (is that the right wording? Unsure), which therefore appear differently when refracted through a substance – particles of water vapour in the air for example.

It’s the same as in chemistry class when you shone a torch through a prism and it came out in red, orange, yellow, green, blue, indigo and violet.

Anyway, the new record was achieved for solar power efficiency, by creating a panel made from six photoactive layers – ie, six different thin layers in a single panel, each of which is optimally efficient at six different wavelengths of sunlight. That amazing technological feat allowed the panel to work at 47% efficiency in the lab, and a shade under 40% in a real-world, clear sun environment.

This broke all previous records.   In the middle of a stay at home, worst economic crisis since the Great Depression, global pandemic, no less.

The UK and Germany and pretty much every other country I see have also smashed old records for the amount of solar produced as a percentage of total electricity. Because sunshine is turned up to max right now and demand is down, solar is producing record shares of our energy at the moment – in the UK’s case, solar alone is producing 25% of our electricity today, as per Gridwatch.

People often talk about the intermittency of solar and wind – they’re not constant like a coal, gas or nuclear plant. Sometimes they’re at 0.

But roughly, they balance each other out so for the UK at least, which is temperate, if the sun’s out and we have less wind (about 3% of our power today), but when the wind’s blowing a gale, it produces as much as 50% of our power all on its own, while the sun’s in and doing nothing.

It’s certainly not a perfect system and they don’t correlate perfectly by any stretch, and there are other challenges and problems too, but it’s a help for sure.

By the way, the UK hasn’t used any coal for generating electricity for almost 16 days in a row now. Pretty epic stuff. The record is 18 days, in June of last year. That was the longest streak since… drum roll please… 1882! That was the year the first coal plant (the Holborn Viaduct) was built, in London.

So in that particular regard, we have wound back as far as the Victorian era in our coal usage.

But sorry, I got distracted there by all the amazing news from the renewables space.

But let’s get back to the technology – I want to introduce you to fuel cells.

They’re a key technology in the race to decarbonise the global economy – whether from vehicles, industry or electricity generation.

A fuel cell can come in many forms, but essentially involves a fuel input – maybe natural gas or hydrogen, which then undergoes a chemical reaction creating electricity.

With hydrogen as the fuel, the waste fuel (which comes out) is water, which is why fuel cells are touted as a potential replacement for petrol vehicles. Fuel can be put in the same way as we do now, through a pump in minutes, and vehicle range is less of an issue because hydrogen has incredible energy density.

There are plenty of other issues such as cost, safety, and storage, but recently a reader contacted me with good news on that front. So, with thanks to the reader in question, let me tell you about a kind of hydrogen sponge thing (I think I spelt the technical name right!).

Hydrogen as a gas is expensive to compress and store – a key issue facing it. One potential solution to the problem, for vehicles at least, has recently been announced. It’s very early stages but a group of scientists has developed a sponge-like artificial material which uses pressure to hold and release the fuel.

A single gram of the new material-based sponge has a surface area the size of a football pitch.

It’s probably years away from being able to help us with hydrogen tanks in passenger cars or heavy-duty trucks, but for now it serves as a reminder that brilliant minds the world over are applying themselves day and night to solve problems relating to decarbonisation. Hydrogen is witnessing an unprecedented surge in innovation and cost reductions at the moment, and is certainly a space to keep a close eye on.

In the meantime, an emerging idea in the wind power space is catching a few people’s attention. The idea is for airborne wind turbines. Apparently, the force of the wind grows dramatically the further up you go. Even going just 100 metres above ground can increase wind speeds by 50%. A few hundred metres, or a kilometer up, and then the increased yields get very interesting indeed.

That’s why some companies are trying to design these floating, tethered wind turbine kites, like the one below. 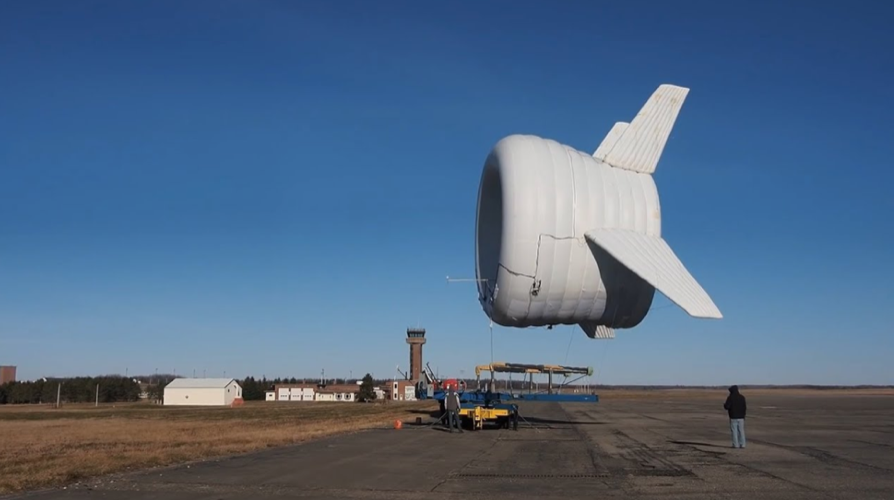 There’s a huge number of logistical and economic hurdles between the concept and commercial validity, but as I said earlier, technology tends to surprise on the upside, so who knows?

Anyway, those are just a few of the thousands of new technologies that smart people the world over are working on, and that private and public capital are going towards.

Some of those companies are further along in their technological development than others. Some are already generating some incredible sales growth with products already on the market. Some deliver huge efficiency boosts for electric vehicles either in the motor or at the pump, and some use new chemicals and materials to store power – new forms of batteries essentially.

Altogether, it’s a seriously wild and exciting world on the frontline of the renewable energy transition, and that’s why James Allen and I spend our weeks trying to identify the best companies for investors, and its why we’ve put on the Beyond Oil energy investing summit for you all STARTING TOMORROW (so soon now!).

It’s free, and we’ve put it on to help you learn more about the megatrends driving investment in these new technologies, while James is there to help you identify the technologies and companies themselves. I had the pleasure of conducting the interviews with our energy transition celebrities, and they have a huge amount to offer, trust me.

So, get yourselves on to the sign-up page, and get ready for the summit TOMORROW! It’s going to be a belter, I hope you enjoy it.

Less than 24 hours to go now, no time to waste!   Reserve your spot here.   All the best,   Kit Winder Editor, UK Uncensored 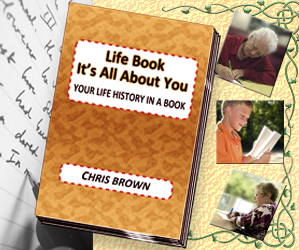 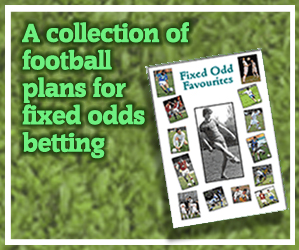 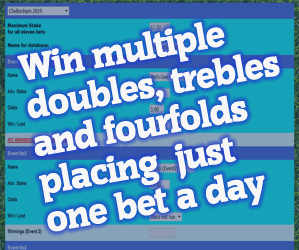 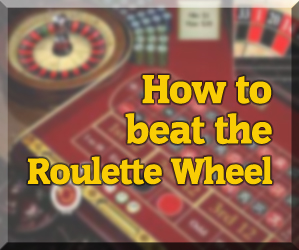 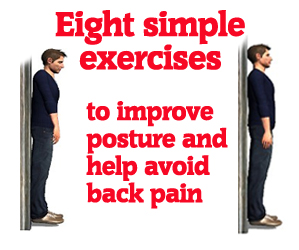